Chat with us, powered by LiveChat Are There Desert Hairy Scorpions in Phoenix? | Responsible Pest 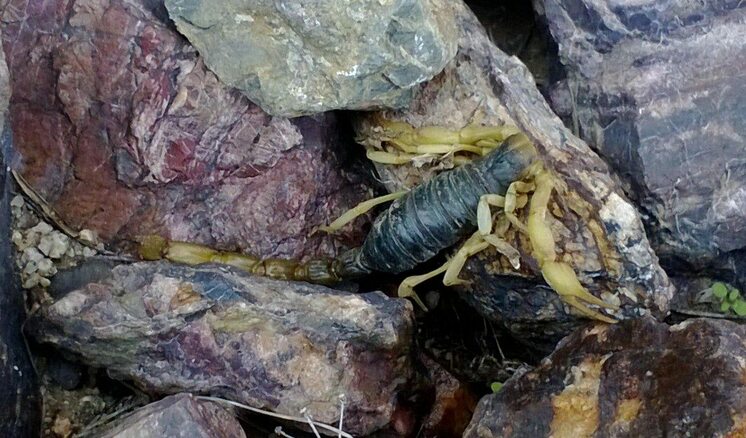 Desert Hairy Scorpions are very common throughout Arizona, and get up to SIX INCHES long!

They’re the BIGGEST Scorpions in the Northern United States! Desert Hairy Scorpions WILL sting, and it HURTS, but usually stings have little effect on people without allergic reactions. These guys like to hang out under rocks during the heat of the day, and are nocturnal {active at night}.

Desert Hairy Scorpions are not a species that usually infest homes and buildings, they prefer to be outside where the FOOD is 😉 Pest Control for scorpions includes sanitation, landscaping measures, and Pest Control treatments. Removing trash and objects that scorpions would shelter in and under eliminates those harboring areas. Landscaping measures: trim trees and bushes so the trunk and soil around the plant are clear, eliminate mulch and old dead leaves, and remove BARK, RIVER ROCK, and other unnecessary rocks.

Most scorpions that infest homes are much smaller and include threatening Bark Scorpions! Scorpions like to shelter in concrete expansion joints, against concrete around the foundation, sidewalks, and patio. They LOVE concrete block wall fences and all the cracks to hide in, BUT often wander inside homes where they can live, breed and find food. If you are seeing scorpions, it’s time to call in the professionals to get and keep scorpions out of your home and yard for good!