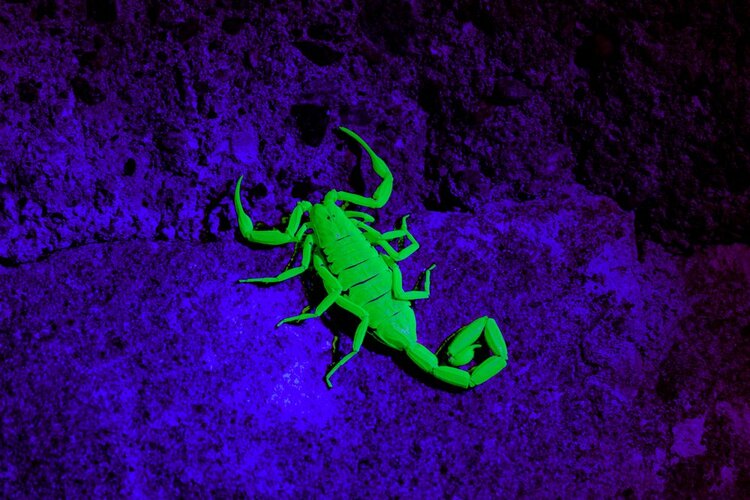 Diatomaceous earth consists of fossilized diatoms and hard-shelled algae. After prolonged exposure to DE, this microscopically abrasive powder can cut up the exoskeleton of scorpions & pests, dehydrate them, and cause their death.

Does diatomaceous earth work for Scorpion Pest Control? Not effectively… A line of DE powder around your home, or fence, does not provide scorpions, and other pests, with enough exposure to kill them in a timely manner! Testing DE in a tub with scorpions, shows that these pests have to be exposed to Diatomaceous Earth for prolonged periods of time, and large amounts of DE, before their exoskeleton gets cut up enough to dehydrate them to death. Killing scorpions, with sufficient amounts DE, generally takes 1-2 weeks of exposure—too long for most Phoenix-area residents. 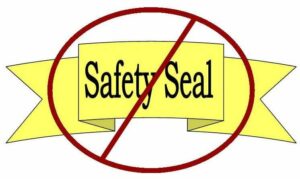 #1 – DE is an abrasive powder. Powders are easily blown into the air posing risk of inhalation as well as eye and skin irritation. Inhaling DE would have the same effect on lungs as it would on the exoskeleton on pests, and may cause respiratory irritation and problems.

When inhaled Diatomaceous Earth can cause nasal passage irritation, and if a large amount is inhaled, it causes a cough and shortness of breath. {Children and Adults with Asthma are especially sensitive to any inhaled irritants.} Exposed skin can become irritated and dry. If you get DE in your eyes they can become irritated due to its abrasive qualities.

Even though it may be food grade, diatomaceous earth is dangerous to inhale, it’s not meant to be inhaled; it’s meant to eat. You’re supposed to use a good dust mask during any application. And if you apply very much, you really should be wearing a dust mask while living in your home! The action of DE is adsorption of lipids from the cuticle of the insects, secondarily scoring the exocuticle which allows moisture to escape and leads to dehydration and death of insects. You don’t want that in anyone’s lungs!

After AMORPHOUS DE is inhaled the body can quickly be eliminated from the lungs, but crystalline DE is much smaller and can accumulate in the lungs and lymph nodes. 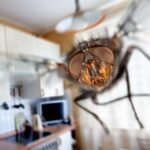 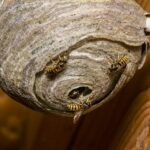 How to Prepare for Wasps in Arizona This Spring