Chat with us, powered by LiveChat Unusual Insects Found in Arizona | Responsible Pest 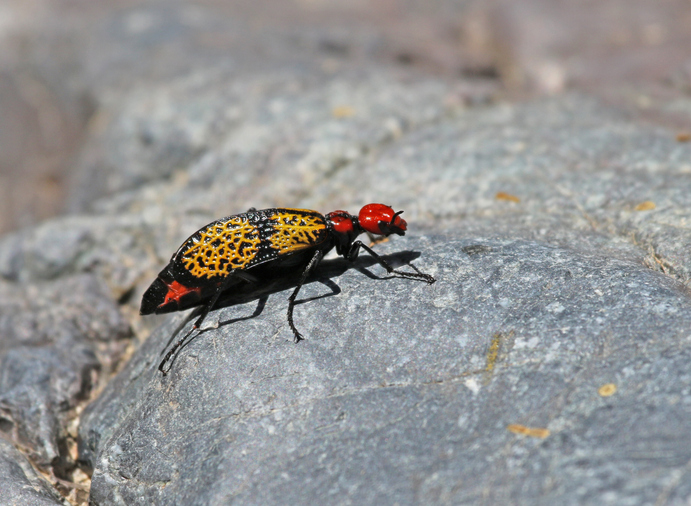 Arizona is home to some pretty weird insects. While those who live outside the region may fear our unusual insects and arachnids, most are harmless. That said, knowing how to identify the potentially dangerous pests in the state is key. Whether they’re mild or wild —or a little scary—the quirkiest of Arizona insects are fascinating. Found an unusual invader in your home? Request a free estimate from Responsible Pest & Scorpion Control.

Of the large beetles in Arizona, this is one of the more unique varieties. Measuring nearly an inch long, this colorful beetle boasts a red head and yellow back. Its unique defense mechanism involves secreting cantharidin, a compound that causes blisters. While not dangerous to humans, this secretion can be harmful or even fatal to animals.

When it comes to cicadas in Arizona, the Apache is one of the weirdest varieties. Like its more ordinary counterparts, it chirps loudly to attract mates. It’s a good thing too, because this cicada is one ugly insect. Its bulging eyes and clear wings will get your attention if its mating call doesn’t drive you insane first.

If its ominous-looking pincers don’t send shivers up your spine, this scorpion’s size will. At about five inches long, this critter looks more threatening than it actually is. While its bite is certainly painful, though, it isn’t as dangerous as that of its smaller arachnid relatives.

These spiders are also more terrifying in appearance than they are in behavior. Its hairy legs add a lot to its size, giving it visual heft at about four inches wide. However, if you leave this desert dweller alone, it probably won’t bother you, either.

Here’s another desert critter that’s bound to stop you in your tracks. These creepy crawlers look scarier than they actually are. Their impressive length—up to eight inches—and seemingly endless legs are the stuff of nightmares. But while you’ll definitely know if you’ve been bitten by one, you will survive an accidental encounter. Rodents, lizards, and bugs aren’t so lucky.

While you’re more likely to come across everyday houseflies in Arizona, the state is home to plenty of interesting creepy crawlers. While you can breathe a sigh of relief knowing that few are actually dangerous, you probably don’t want them hanging around your home or business.

Responsible Pest & Scorpion Control can help. If you’re in the Tucson, Phoenix, or Mesa areas, contact us at the first sign of pests on your property. We’ll provide a free estimate, so you can avoid both everyday and unusual insects. Request your free pest control estimate today! 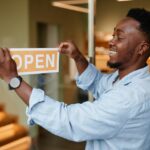 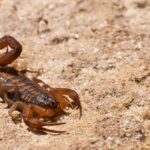