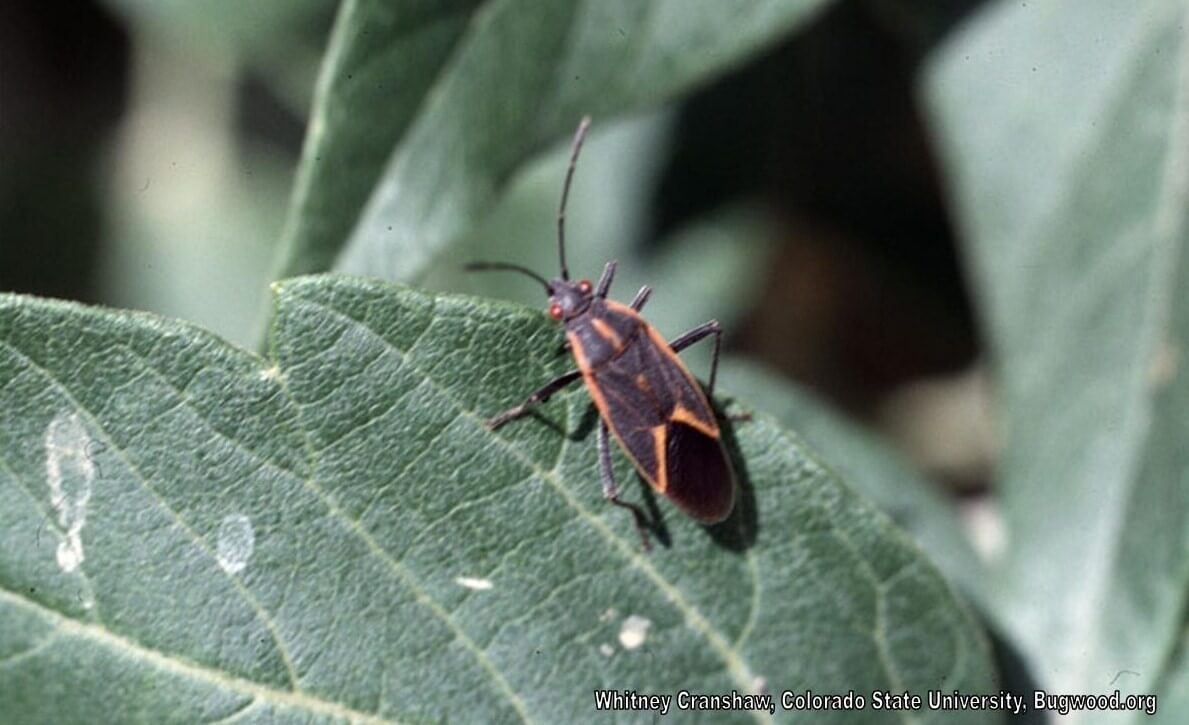 Many of us have an innate fear of all things creepy crawly, including beetles. Boxelder bugs can often inspire insectophobia in the best of us. Although generally they’re not dangerous to humans, beetles can be pests as they multiply quickly, are often very numerous, and can be found both inside and outside.

Boxelder Bugs get their name from the fact that they love to infest Boxelder Trees. Inside homes or offices, they are just a nuisance pest, and are easily eliminated with Pest Control Services.

Box Elder Bugs are fairly common throughout the southwest, and they’re generally quite small (about ½” long). Box elder, maple, cherry, ash, and a variety of other trees are often fed upon by these insects. When eating, Boxelder bugs suck sap from leaves and seeds of a variety of fauna. Although it can often be annoying to find these insects in large numbers in yards and gardens, they ultimately do not cause much damage to plants that they feed off.

Pest Control for Boxelder Bugs should be done in the summer months and starts outside with reducing populations infesting plants. Trees may require professional treatment by an ornamental pest controller. If infested trees are on a neighboring property, neighbors must be contacted and agree to treatment. Do not kill Boxelder Bugs in wall voids as their dead bodies attract beetles and can cause a secondary infestation.

Boxelder bugs are commonly found in residential neighborhoods, and areas where there are seed bearing trees. Even if you are your next door neighbors do not have the plants Box Elder Bugs enjoy feeding on, they can still migrate to your yard. These bugs are generally seen in the summer and fall, while they hibernate during the winter. During the winter Boxelder bugs seek shelter, and they tend to migrate indoors, which can be a nuisance for homeowners and businesses.

Although these beetles aren’t dangerous and are not known to do a lot of damage to local flora and fauna, they are capable of biting. Boxelder bites should only cause mild inflammation. Despite this, in large numbers of Boxelder bugs seek shelter for winter, and can be found in large numbers indoors where they can be difficult to eradicate. The easiest and surest way to eliminate Boxelder Bugs is through the aid of professional pest control services.