Scorpions carry babies on their backs, and glow under black-lights! Scorpions give LIVE BIRTH (they don’t hatch from eggs) to a brood of “scorplings” that climb up on her back where they stay till their exoskeleton hardens (usually from 10-20 days). Depending on the species, scorpions can give birth to 100 scorplings at a time. Scorplings look like tiny scorpions, and are creamy white in color. Baby scorpions have not yet developed the protein that makes bigger scorpions glow under black light.

The rumor is that baby scorpions are more dangerous (like a rattlesnake) because they can’t control the amount of venom released with a sting. According to the biologists at ASU this is FALSE! 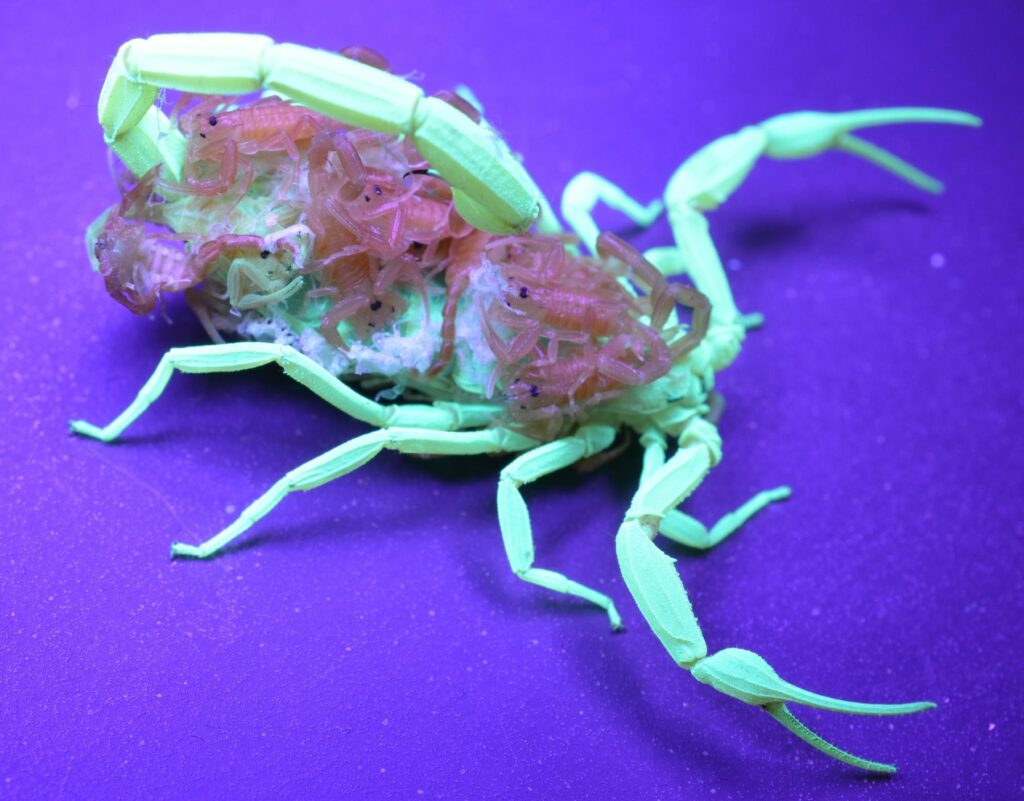 Mature scorpions glow almost a neon bluish color under black-lights! As the UV light hits a scorpions exoskeleton, the light gets converted by proteins in their exoskeletons into a bluish glow, making them easy to spot and eliminate at night! This amazing light conversion helps homeowners and Phoenix Valley residents easily check their property for scorpions after dark with a black light!

Scorpions are a very common problem and invade homes throughout the Phoenix AZ valley. When you find them, give the professionals a call… Don’t sell the house! Responsible Pest Control provides the most EFFECTIVE Scorpion Pest Control services in the Greater Phoenix AZ Valley. Eliminating scorpions themselves, and the pests they feed on, with responsible methods for the safety of your family and pets – GUARANTEED!