Under the shine of a BLACK LIGHT, scorpions GLOW a bright florescent yellow! Scorpions are usually hard to spot because they blend in with the color of desert landscaping and neutral colored flooring. BUT, in the DARK, with a Black Light flashlight scorpions stand out like little STARS! 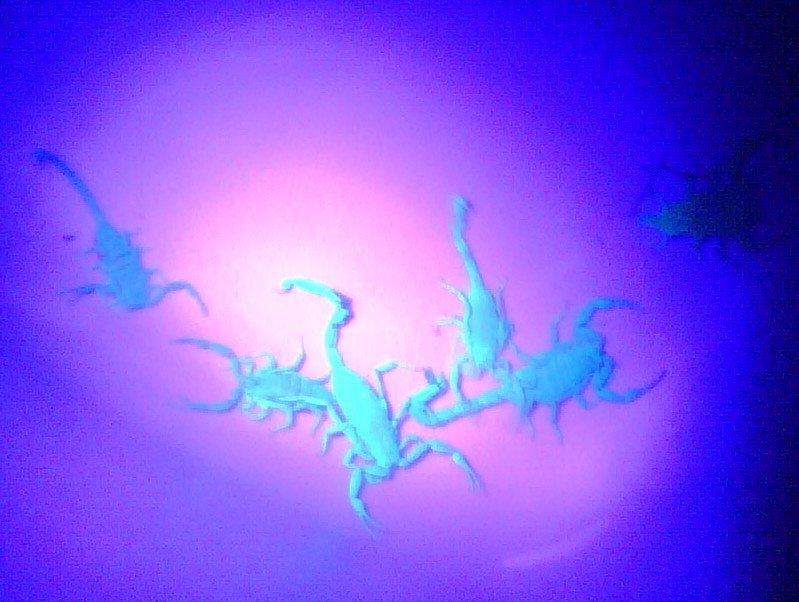 Our expert Pest Control Tech’s know WHICH PRODUCTS really work and WHERE they work to deliver EFFECTIVE Scorpion Control!

After your Initial Scorpions and Pest Control Clean Out scorpions, and other pests, often come out of cracks and crevices before dying. Scorpions from the desert, green belts, and neighboring properties can continue to enter your yard. BUT as soon as they contact our protective pest control barrier, scorpions get slower and slower till dead. The dying process may take 1-2 hours. IF you ever SEE SCORPIONS while on our regular monthly service, they’ll be DEAD or slowly DYING ~ GUARANTEED!